MORGANTON, N.C., Oct. 5, 2021 /PRNewswire/ — We hear about women striving to break the glass ceiling, but for 16-year-old professional racer Gray Leadbetter, the ceiling is made of dirt, dust and mud. Leadbetter is one of the top up-and-coming drivers in the Amsoil Championship Off-Road Series – the premier off-road series in the Midwest.

Racing for the Monster Energy sponsored Greaves Motorsports Team, Leadbetter recently earned third overall in the championship. Her performance was all the more impressive considering it was her first season in the highly-competitive Pro Mod SXS Class.

Leadbetter was the only woman competing against more than 30 men. Racing since the age of four, she’s accustomed to being the «first» or «only» in her profession. In 2019, she was the only woman and youngest driver in the Americas Rallycross Series competing in a field that included IndyCar drivers. Last year, Leadbetter was the first woman and youngest driver to win a race in the Championship Off-Road SXS Sportsman Class.

At the start of this season, Leadbetter anticipated a year of learning as she moved into the Pro Mod SXS Class. The vehicles were more powerful and the competitors more experienced. «It was tougher,» said Leadbetter. «The drivers go at each other very hard, but they have more race knowledge, so they race cleaner and don’t attempt stupid moves.»

Leadbetter’s grit and determination were on full display in August at Bark River Raceway in Michigan, when transmission problems during qualifying relegated her to starting dead last, 21st on the grid. If that weren’t enough, her radio quit before the start leaving her without communication with her spotter. Undeterred, Leadbetter just went for it, picking off competitors one-by-one as she worked her way through the field passing 14 drivers to finish an impressive seventh overall.

She is quick to give credit to her mentor, off-road legend and team owner, Johnny Greaves, and his son CJ. «Working with them is absolutely amazing,» said Leadbetter.

In addition to Championship Off-Road, Leadbetter competes in 500-horsepower sprint cars, midgets and micro sprints. So just about any weekend, you can watch her race and hear cracks forming in that dirt, dust and mud ceiling. There’s just no holding Leadbetter back. 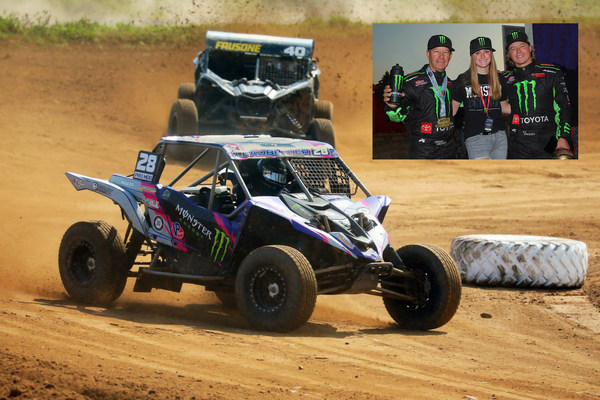 Insights on the B2B Sports Nutrition Global Market to 2026 – Featuring Abbott Nutrition, Glanbia and Herbalife International Among Others