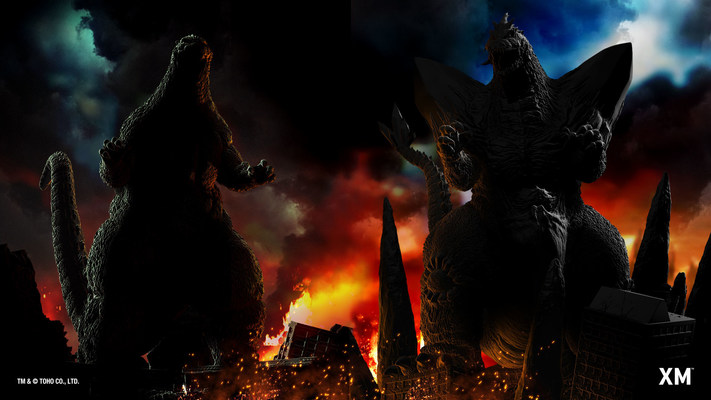 «As pop-culture fans ourselves, we are excited to expand our global licenses to bring our fans the world’s best collectible luxury art based on iconic intellectual properties,» said Ben Ang, chief executive officer, XM Studios. «Movie aficionados and fans of Godzilla will be instantly drawn to the craftmanship, authenticity, and the visual storytelling of these statues. Every piece will catapult them into the storylines conceptualized and interpreted by XM Studios, together with acclaimed illustrator and sculptor Tanaka Kenichi, who is the 2D and 3D artist for this first XM release,» added Ang.

Each XM Studios premium collectible is conceptualized and produced inhouse from high grade cold cast porcelain and hand painted individually to expand the creative storytelling of well-known characters from popular comics classics and superheroes universes. The company has been recognised by various international industry bodies as one of the best design houses in pop culture collectibles, having scooped up numerous awards over the years. Fans looking to get a sneak peek of the new Godzilla pieces, or some of the company’s currently available premium collectibles, can visit booth #1337 during New York Comic Con October 7-10.

While many business sectors have seen a downturn during the pandemic, the collectibles market continues to see an uptick in popularity. XM Studios’ Ang notes, «We have seen an increase in our business over the last 2 years as more collectors have been homebound, with disposable money, and see purchasing our luxury pieces as a great investment that brings them joy and positive memories.»

In anticipation of more collectors turning to online shopping, XM Studios has also geared up its digital marketing efforts to help create awareness of the brand and its products. The company saw its revenue grow by more than 100% in the last calendar year.