EAGAN, Minn., Aug. 5, 2020 /PRNewswire/ — Today, WISE Ventures Esports, the parent company of Minnesota Røkkr, which is co-owned and operated by the Wilf Family and Gary Vaynerchuk, announced its first major expansion in esports with the formation of a Rocket League esports team. 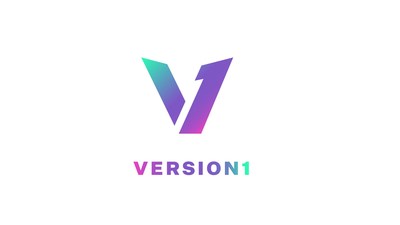 The new team is called Version1 and will compete in Rocket League Championship Series (RLCS) X including RLCS: The Grid, beginning Friday, August 7 under a newly structured competitive format. The move into RLCS signals an important step forward as WISE Esports expands its brand presence into new games and leagues and continues to grow its audience and fan base.

By entering the Rocket League Championship Series, WISE Esports will join a growing esports league that is popular with families and young people.  Between 2017-18, the RLCS Twitch channel grew 46.1 percent and is routinely ranked in the top five by TwitchTracker for Twitch streams with the most average concurrent viewers. Rocket League is a futuristic sports-action game that equips players with rocket-powered vehicles on a soccer pitch, resulting in incredible goals and epic saves across multiple, highly detailed arenas.

"As we considered our next opportunity in esports and professional gaming, we wanted to diversify our content and audience, to continue building our fan base," said Jonathan Wilf, President and Ownership Partner, WISE Ventures Esports. "Rocket League Championship Series not only has a growing audience-base, but recent restructuring of league competition presented a ground-up opportunity that fits the organization’s longer-term objectives."

"I’m excited about the expansion of our group into the Rocket League Championship Series and so are my friends who are wildly passionate about the game," added Gary Vaynerchuk, minority owner and investor in WISE Ventures Esports.

"We had a unique opportunity to enter Rocket League Championship Series with a top tier roster and we are thrilled to welcome Torment, Gimmick, AxB and Coach Fireburner to our family as we begin to engage with the Rocket League community," said Brett Diamond, Chief Operating Officer of WISE Ventures Esports, Minnesota R­økkr and Version1. "Our philosophy with Røkkr has been to build this organization one fan at a time and that will continue to be our focus with Version1.

"Our goal for this team is to establish a national and international brand and grow support from fans around the world. Our headquarters in Minnesota will also allow us to create opportunities for local Rocket League fans to come out to live events and in-person watch parties once it is safe to do so," added Diamond.

In July 2020, Rocket League publisher Psyonix announced the most significant changes to RLCS’s format since the league’s inception in 2016.  The new season will take place over three Splits in the fall, winter and spring. Each Split will include three standalone Regional Events and culminate in a Major tournament.  The new season, RLCS’s 10th – dubbed Rocket League Championship Series X – will award $4.5 million in total prizes to competing teams and players.

Online competition for Version1 begins Friday, August 7 with the first RLCS: The Grid circuit. Fans can stream Version1’s Grid matches this season live from the team’s Twitch channel, in partnership with OS Studios. Professional esports commentators Adam "Lawler" Thornton and Jason "SUP3RSoN1K" Burns will serve as shoutcasters and play-by-play analysts for Version1’s Grid match on Friday. Version1’s season schedule is available at version1.gg.  The first North American Regional tournament of the Fall Split will take place on August 15-16 and August 22-23. The Regional tournament will be broadcast on RLCS’s Twitch channel.

WISE Ventures Esports is based in Eagan, Minnesota and operates the Minnesota Røkkr Call of Duty Team and Version1 of the Rocket League Championship Series. WISE Ventures is an investment fund based in Manhattan focused on early and growth stage investment opportunities that leverage our strategic value. Led by an ownership group with deep sports & entertainment and real estate experience, WISE is able to assess, champion, and add value to next-gen companies in those industries. The organization is built on the foundation of an innovative and visionary culture coupled with a committed team of talented people. WISE Ventures brings unmatched value to its companies through its deep industry networks and world-class management experience.