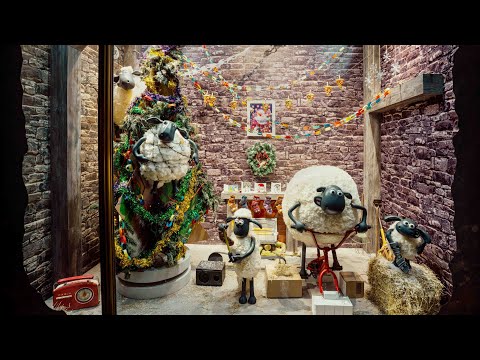 – Take Flight this Christmas with Fenwick

– Timmy’s gone missing! Follow Shaun’s adventure to get Timmy home before he becomes someone else’s present

NEWCASTLE UPON TYNE, England, Nov. 7, 2021 /PRNewswire/ — Earlier this evening, the Fenwick Newcastle store unveiled this year’s much-anticipated Christmas window theme – moments from animated family favourite Shaun the Sheep’s latest film – The Flight Before Christmas – created in partnership with Aardman. The event was live streamed on Facebook to a global audience of tens of thousands. Viewers tuned in from as far afield as Australia, New Zealand, Canada and America.

Running across the eight windows of the Northumberland Street store frontage, The Flight Before Christmas story depicts a festive Mossy Bottom Farm where Shaun the Sheep and his flock live. Christmas is coming and Mossy Bottom Farm is covered in ice and snow. Shaun the Sheep’s seasonal excitement turns to dismay when a farmhouse raid to get a bigger stocking for the flock accidentally leads to Timmy, Shaun’s cousin and the only lamb in the flock, going missing! Follow Shaun’s adventure to get Timmy home before he becomes someone else’s present.

Mia Fenwick, Director at Fenwick: «Every year our Christmas window reveal is the highlight of the Fenwick calendar and this year we are thrilled to have partnered with Aardman to give audiences a glimpse into the new Shaun the Sheep Christmas special. It feels very fitting to partner with the legendary British animation studio on the eve of the 50th anniversary of our Christmas windows.»

Richard Beek, Producer, Shaun the Sheep: The Flight Before Christmas: «It’s a real honour to see moments from our latest Shaun the Sheep film – The Flight Before Christmas providing the inspiration this year’s Fenwick Christmas windows. We are extremely proud of the film and to be able to share it with everybody in such unique and special way is fantastic, I’m sure everyone will love the windows as much as we do!»

The Shaun the Sheep Christmas Window display will be in place at Fenwick Newcastle from Monday, 8th November through to end of December for all to experience and enjoy.

Additionally, Fenwick Newcastle’s Santa’s Rooftop Cinema will be screening an exclusive Aardman film; Aardman Classic Cinema, featuring some much-loved Aardman favourites and iconic Aardman characters. From the beloved Shaun the Sheep and friends making the most of a snowy day before surprising The Farmer with a Christmas Day like no other, to Wallace and Gromit testing out a new woolly invention to impress the Wendolene Ramsbottom. This exclusive film guarantees there’ll be plenty of joy and laughter for all the family this festive season.

Screenings will run on selected dates from Thursday 11th November to Thursday 23rd December and priced at £7.50, which includes popcorn and a drink, book your tickets via the ticket link https://www.fenwick.co.uk/events/kids/santas-rooftop-cinema/ea3c4250-64a3-4705-9ac9-3db38cab3c9c from Tuesday 9th November. Run time of the screenings is approximately 50 minutes.

Since 1882, Fenwick has been a purveyor of goods of note for shoppers of exceptional taste. Behind our modern outlook, astute product selection, unique collaborations and extraordinary service lies a brilliantly British style and spirit. For more than 130 years we have been, as our founder described it, a department store to delight the thoughtful woman – a sentiment that continues to hold true today.

About Shaun the Sheep

Shaun the Sheep, Aardman’s family favourite TV series, is recognised the world over for its slapstick humour, distinctive look and strong, quirky characters and enjoyed across multiple media platforms. First appearing in Nick Park’s 1995 Academy Award® winning Wallace & Gromit ‘A Close Shave’, Shaun then went on to star in his own series, created by Richard Starzak which launched on BBC One in 2007.  Shaun the Sheep is currently broadcast in 170 territories around the world and is an internationally celebrated icon with over 5.6 million fans on Facebook. In 2015 the first Shaun the Sheep Movie with feature film partner Studiocanal was released around the world to critical acclaim and the first half hour TV special aired as part of many broadcaster’s festive season. The feature film sequel Shaun the Sheep Movie: Farmageddon was released in October 2019 and nominated for an Academy Award® and was closely followed by a sixth season of the series in 2020. A new festive special Shaun the Sheep: The Flight Before Christmas is currently in production due for release late in 2021.

Aardman, based in Bristol (UK) and co-founded in 1976 by Peter Lord and David Sproxton, is an independent and multi-Academy Award® and BAFTA® award winning studio. It produces feature films, series, advertising, games and interactive entertainment – current animated productions include; brand new 2021 holiday specials Robin Robin and Shaun the Sheep: The Flight Before Christmas, CGI series Lloyd of the Flies, a new stop motion series for pre-schoolers The Very Small Creatures and a Chicken Run movie sequel.

Its productions are global in appeal, novel, entertaining, brilliantly characterised and full of charm reflecting the unique talent, energy and personal commitment of the Aardman team. The studio’s work – which includes the creation of much-loved characters including Wallace & Gromit, Shaun the Sheep, Timmy Time and Morph – is often imitated, and yet the company continues to lead the field producing a rare brand of visually stunning content for cinema, broadcasters, digital platforms and live experiences around the world. Recent celebrated projects include the ‘visually astonishing’ (Guardian), BAFTA® nominated console game, 11-11: Memories Retold, the four-times Gold Cannes Lions-winning StorySign app, AR experience Wallace & Gromit: The Big Fix up – and innovative attractions for both the domestic and international market, including a 4D theatre attraction at Efteling in the Netherlands.

The studio runs the Aardman Academy which has a commitment to nurturing talent by delivering excellence in film and animation training and mentoring. The Aardman Academy offers a variety of courses from intensive one-day workshops teaching production skills and storyboarding, to comprehensive twelve-week courses for professionals in craft based subjects from model making to animation.

In November 2018 it became an Employee Owned Organisation, to ensure Aardman remains independent and to secure the creative legacy and culture of the company for many decades to come. www.aardman.com 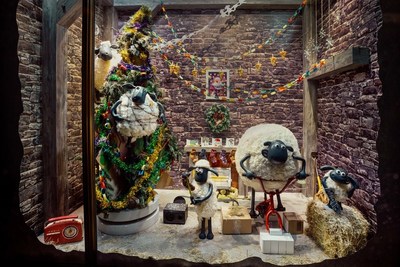 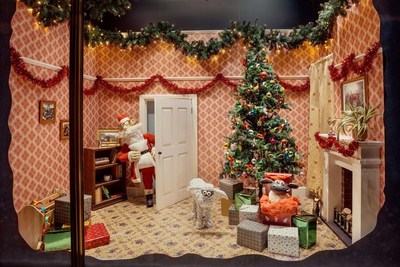 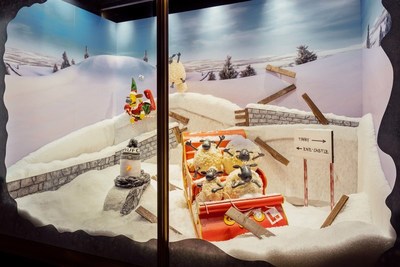 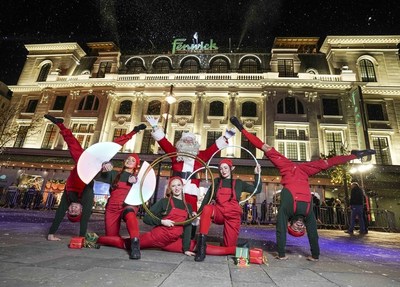 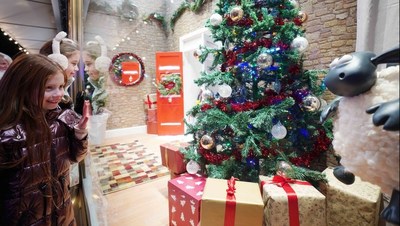