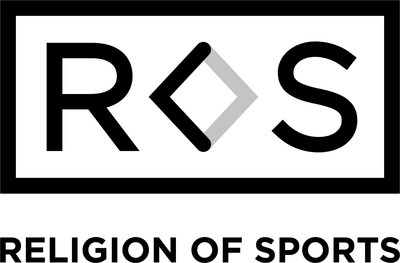 Religion of Sports was founded in 2016 on the premise that ‘sports are religion’. The company has produced hundreds of hours of popular programming across mediums with more than 250 million views/listens of its content, including the Emmy Award-winning Tom vs. Time, Stephen vs. The Game, Greatness Code, and Shut Up and Dribble.

«Our mission at ROS is to tell meaningful and inspiring stories from the world of sports,» said Gotham Chopra. «At a time of tremendous uncertainty and divisiveness across the planet, these stories of leadership, teamwork and overcoming obstacles resonate more than ever. With our new partners and the team we’ve built at ROS, I am excited about the opportunity we have to contribute to important conversations through the stories we tell.»

«Playing sports has always been about my love for the game and pushing myself to reach my highest potential,» added Tom Brady. «I’m proud to work with such a talented team at Religion of Sports that partners with groundbreaking creatives who explore what lies beyond just winning and losing, and I’m very excited to see their continued growth to bring these heart-pumping and inspiring stories to audiences across the globe.»

«My journey on the football field and in the world of media and broadcasting has taught me that you only make an impact when you build and are part of a great team,» said Michael Strahan. «That’s what we’ve accomplished at Religion of Sports, and as part of this new phase of our growth, it’s our commitment to grow that team and to invite new voices into the fold and give them an opportunity to showcase their talents to the world.»

In its short history, Religion of Sports has already had a significant impact on the sports media landscape, in part through its focus on point-of-view storytelling, as well as maintaining the power of its distinct voice across formats and platforms. The company not only benefits from a deep roster of talented creators, but also has strength in distribution through its partnerships with Amazon, Apple+, ESPN, Facebook, Netflix,  Showtime, and others.

«The market for high-quality, original sports-focused content, centered around human and emotional stories, has exploded in the last few years, and ROS has been at the forefront of this growth,» said Ameeth Sankaran, CEO, Religion of Sports. «Our vision is to create a best-in-class sports media business that empowers creators, partners with premier distribution platforms, and uses sports as the foundation to tell inspiring stories that explore greatness and human potential, social justice, diversity, inclusion and the meritocracy of competition.»

«Religion of Sports has the vision and the team to become a powerhouse in the sports media and entertainment industry,» said Tucker Kain, Elysian Park co-Founder and managing partner. «Elysian Park believes our network and expertise in sports media and our global reach will help them scale their innovative approach to content creation and distribution.  It provides a new, exciting model for how we can leverage sports to tell diverse stories of human achievement that inspires everyone, from the most passionate fans to casual spectators.»

Religion of Sports will release several projects over the next twelve months, including a major podcast slate to be released in late 2020. Several video series are in the works with Amazon, ESPN, Facebook, Netflix and Showtime, among others. In 2021, the company will release Man in the Arena on ESPN – a nine-part documentary chronicling co-founder of ROS’ Tom Brady’s nine Super Bowl appearances across two decades of play.

About Religion of Sports

Religion of Sports is an Emmy Award-winning sports media company co-founded by Tom Brady, Gotham Chopra and Michael Strahan, built on the thesis that sports are religion. The company produces content focused on a single narrative of ‘Why Sports Matter’ to explore greatness and human potential. Religion of Sports has produced hundreds of thousands of hours of content across mediums, from short-form video to podcasts to feature films, including its flagship Religion of Sports Series, Shut Up and Dribble, Tom vs. Time and Greatness Code. For more information, visit religionofsports.com.