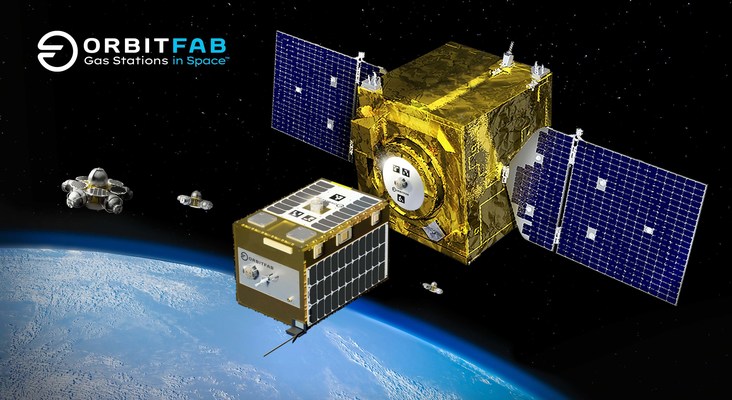 Orbit Fab is working with industry leaders to provide RAFTI as a common interface for refueling satellites in space.

The RAFTI Service Valve was first demonstrated on Orbit Fab’s Tanker-001 Tenzing Fuel Depot, which launched to low Earth orbit in June 2021. Orbit Fab recently announced that it will soon be launching the first hydrazine propellant tanker to geostationary orbit. The RAFTI Service Valve builds on NASA Goddard technology, and was designed for the harshest orbital regimes and for refueling the largest space assets. RAFTI enables on-orbit refueling simply by replacing the fill/drain valve on satellite propulsion systems.

CEO Daniel Faber commented, «Orbit Fab is working with industry leaders to provide RAFTI as a common interface for refueling satellites in space. No one wants vendor-lock. We just want to sell fuel. Dozens of commercial customers have lined up to use RAFTI. Collaboration is the key to enabling a bustling in-space economy.»

Orbit Fab continues to solicit input from stakeholders in the US Department of Defense, Intelligence Community, and the commercial space industry. In addition to the Open License, Orbit Fab will enroll RAFTI Certified Partners to manufacture the RAFTI Service Valve and the RAFTI Ground Coupling.

James Bultitude, Orbit Fab’s Chief Engineer, commented «It’s not enough to define the client side of the interface. A robust specification includes both plug and receptacle, as well as the functional, safety and security requirements.»

Eric Brown, Senior Director, Military Space Mission Strategy at Lockheed Martin, commented, «As Lockheed Martin supports the buildout of the on-orbit sustainment and logistics ecosystem, we applaud Orbit Fab’s decision to release its RAFTI specifications publicly. We can’t afford to have an environment where companies are holding proprietary IP around interfaces. To that end, Lockheed Martin intends to release the ICDs for our ASPIN docking port as well – where we are exploring integration of RAFTI – to the community before the end of the year. This approach will permit companies to begin planning the emergence of a servicing economy.»

«We applaud Orbit Fab for their decision to release the RAFTI Open License,» said Charity Weeden, Vice President of Global Space Policy and Government Relations at Astroscale U.S. «Commercial standards such as this can accelerate adoption and advance the on-orbit services economy.»

Jonathan Goff, VP On-Orbit Servicing at Voyager Space Holdings, said, «Our subsidiary, Altius Space Machines, has a lot of experience with power-data connectors and cryo connectors. RAFTI is a great solution for storable propellants and we’re excited to consider building it under license.»

Greg Orndorff, Orbion Space Technology’s VP of Sales, shared, «We have already had a customer formally ask for the RAFTI Service Valve in order to take advantage of the long life our Aurora electric propulsion solution provides on orbit.»

Orbit Fab is working towards a future where satellites are no longer restricted to the fuel they are launched with. The company will deliver fuel where and when it is needed, to enable business models never before thought possible.

Orbit Fab believes a bustling in-space economy is a precondition to permanent jobs in space. By providing a ubiquitous supply of satellite propellant in Earth Orbit (branded Gas Stations in Space™), the company improves existing space business models (communications and Earth observation) and helps open new industries like space tourism, manufacturing and mining. Orbit Fab has racked up a number of world-firsts: the first ever commercially available in-space refueling port (RAFTI™), the first ever private company to resupply the International Space Station with water, and the first ever satellite fuel depot. The future for satellites is no longer restricted to the fuel they are launched with. Orbit Fab delivers the fuel and other materials that are needed, where and when they are needed, to enable business models never before thought possible. The company recently announced that it is moving its headquarters to Colorado.