TAIPEI, Nov. 1, 2021 /PRNewswire/ — TCI Co., Ltd. has long been engaged in the research and development of banana peels and banana stamens, and finally passed the US FDA NDI approval in the middle of this year, becoming the world’s first banana NDI. It is an important milestone for Taiwan’s banana products to enter the world, and it has a better chance to seize tens of billions of dollars in health food in the United States. 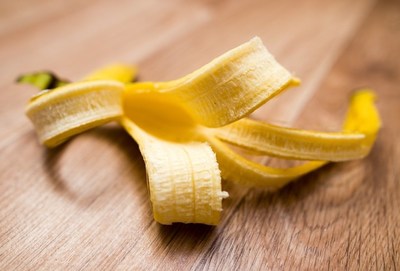 The TCI in Taiwan announced that its «Banana Peel, Banana Stamen» has received the FDA’s new dietary supplement ingredient NDI safety response, and approved for listing on the US market. This is also the first case in the world that the new dietary banana anti-anxiety raw material and the new dietary banana male health raw material have been certified by the US FDA, which is expected to drive the domestic banana industry and enter the global tens of billions of dollars in health food market. Banana peels and banana stamens are used in European and American countries, because there is no history of relevant food and raw materials in the past, whether in the application of health food or the promotion of medical aids, it has always been difficult. In the past, banana peels, such as agricultural wastes that were originally discarded and could only be used as kitchen waste, were all transformed into the main raw materials of healthy food under the strong technological development of TCI.

The number of people suffering from anxiety and depression in the world is increasing year by year. TCI’s original patented «Banana Peel Ultrasonic Cold Extraction», the happy banana extracted from banana peel, has similar ingredients to the melancholic drug Prozac, which can significantly improve stress, anxiety and insomnia. The animal study showed that orally administered banana peel extracts were found to have anti-anxiety and depression functions in behavioral activity monitoring. Studies have also showed that banana peels can improve the tryptophan metabolism pathway associated gene expression, promote the production of serotonin and melatonin in the human body, and achieve a sleep-relieving effect. The invention of Happy Banana has won a number of international invention awards, including special awards and gold medals at the Geneva Invention Exhibition in Switzerland.

In addition, Happy Angel mainly uses banana stamens, a by-product of bananas, whose extract can prevent prostate enlargement. Studies have proven that it can effectively reduce the production of dihydrotestosterone in testicular cells and effectively inhibit the proliferation of human prostate cells. It also won the gold medal at the Geneva Invention Exhibition. Now that the banana peel and the banana stamen have been approved by the US FDA NDI, it is an important milestone for Taiwan’s agricultural product-banana to enter the world. The diversified research and development results of banana peels and banana stamens have brought new breakthroughs to health food, and also in the post-epidemic era, providing consumers with more choices in health food.