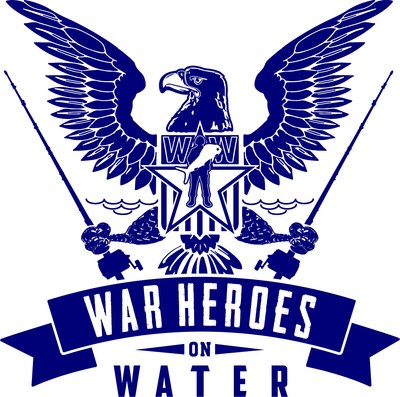 This year’s event, which has already made WHOW the largest nonprofit sportfishing tournament in the U.S., takes place from October 2-5, 2021 and has grown exponentially over the past year as well as over its four-year history. By the time the tournament opens with a rousing and patriotic boat parade through Newport Harbor, it will have tripled in one year the number of participating veterans to 100 and the number of sportfishing yachts to nearly 40. These heroes, many heralded for their bravery and valor with commendations and medals—including 49 Purple Hearts, 108 Commendation Medals, 112 Achievement Medals, 35 Bronze Stars and 14 Humanitarian Assistance Medals, to name just a few—are coming to find peace and healing with the community that loves and supports them. Notably, and demonstrating the event’s broadening reach and impact potential, for the first time ever, two of the tournament’s boats will have only female veterans on board.

Created by loanDepot founder and CEO Anthony Hsieh, himself an avid sportfisherman, WHOW also raises money for Freedom Alliance, an organization dedicated to the rehabilitation of wounded service members, combat veterans and military families, and to help provide therapeutic services for thousands of veterans. This year, WHOW has raised a record sum totaling more than $1.2 million from 51 sponsors and more than 1,100 donors, the event’s most ever, to support rehabilitative programs benefiting thousands of veterans throughout the year.

Said Hsieh, «Over the past four years, I’ve seen first-hand how the healing power that comes with being out on the open ocean can have such an incredible impact on veterans who are still recovering from the physical, emotional and moral wounds of war. WHOW’s immense growth shows that this event is making a difference in so many people’s lives, and that the need for an event like this is only growing. It is also truly inspiring to see the community come out to cheer for and support our military heroes, and I am so grateful for every member of the WHOW family who makes this tournament possible.»

What makes WHOW a special one-of-a-kind event is that it provides combat-wounded veterans with a singular opportunity to form deep and genuine bonds with other vets, as well as with fleet captains and crews, that become an ongoing safety net and long-term support system. With the calming setting of the Pacific Ocean, WHOW allows these veterans to forge new relationships, open up to each other and bond over similar experiences and feelings, allowing for much needed healing to occur.

«The tournament goes a long way in helping our veterans recover from the burdens of war, as they forge lifelong relationships and bond over a new shared mission,» said Tom Kilgannon, president of Freedom Alliance. «We’re excited to kick off the largest tournament to date, and grateful for everyone involved that helped it to where it is today.»

In addition to the unprecedented scale, this year’s event will feature a variety of new and memorable elements, including livestreams of the Community Boat Parade and the post-tournament fish weigh-ins on Catalina’s iconic Green Pleasure Pier and a virtual silent auction with exclusive items including an excursion on one of the largest sportfishing yachts in the world and premier ticket package for the 2022 MLB All-Star Game at Dodgers Stadium. Follow the tournament action at warheroesonwater.com. Photos and B-roll can be found here and here.

About War Heroes on Water
War Heroes on Water (WHOW) is an annual sportfishing tournament of unprecedented scale that supports combat-wounded veterans’ programs. It was created in 2018 by loanDepot Founder and CEO Anthony Hsieh, who is also the owner and leader of Team Bad Company, a world-class, record-holding competitive sportfishing fleet. Through Hsieh’s deep connections with the Southern California sportfishing and business communities, WHOW has grown exponentially over four years and is now the largest nonprofit sportfishing tournament in the US.

About Freedom Alliance
Freedom Alliance is a charitable organization which provides help and support to wounded troops and military families. Freedom Alliance has awarded more than $18 million in college scholarships to the children of military heroes killed or disabled in military service and has spent millions more helping injured veterans and military families with outdoor recreational therapy trips, Heroes Vacations, care packages for deployed troops, mortgage-free homes, all-terrain wheelchairs and much more. To learn more, visit www.FreedomAlliance.org or Facebook.com/FreedomAlliance.