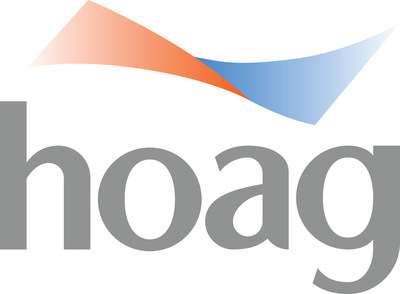 «For many years, I have watched with great admiration as Hoag has used its resources to thoughtfully develop what is without question one of the nation’s finest nursing  services,» said Julia Argyros. «Hoag’s nurses are incredibly talented, dedicated and compassionate.»

Since the 1980s, Mrs. Argyros and her husband, Ambassador George Argyros, have given tens of millions of dollars to Hoag to advance care in numerous areas, including cancer, diabetes, nursing, and heart and vascular. This latest gift by the Argyros family builds upon ongoing generous philanthropy directed to Hoag’s nursing, which now totals a remarkable $15 million. In recognition of the family’s long history of leadership giving, including a prior gift of $7.5 million in 2016, Hoag that year established the Julia Argyros Center for Nursing Excellence.

«As a direct result of Julia Argyros’ extraordinary generosity and kindness, her name has become synonymous with Hoag’s commitment to nursing excellence,» said Flynn A. Andrizzi, PhD, president of the Hoag Hospital Foundation. «The enormity of the impact of her gifts is incalculable. It is safe to say that every nurse scholar at Hoag, and every patient and family member whose lives they touch, has good reason to be grateful to her. All of us at Hoag certainly are.»

Dr. Andrizzi noted that Mrs. Argyros’ gifts have provided scholarships to more than 1,300 Hoag nurses, enabling them to pursue advanced education. As a result, 83.2% percent of Hoag nurses have received their Bachelor of Science in Nursing (BSN) degrees, and many have gone on to receive advanced degrees, including their Master of Science in Nursing. Due in large part to this focus on continued education, Hoag’s nursing services was once again redesignated for the prestigious MagnetÒ recognition in 2020. Awarded by the American Nurses Credentialing Center, the designation is the highest honor an organization can receive for professional nursing practice. Only 8% U.S. hospitals achieve Magnet recognition, only 3% have achieved the distinction four times in a row.

Rick Martin, Ed.D., MSN, RN, Hoag’s senior vice president of clinical operations and chief nursing officer, said: «Mrs. Argyros’ amazing gift will allow us to build upon the momentum of her earlier gifts, propelling our nursing services beyond our current capabilities while significantly broadening the reach of the Julia Argyros Center for Nursing Excellence.» Describing the gift as a «watershed,» Dr. Martin added that it will help «drive Hoag beyond generalized nursing to a comprehensive corps of nurse specialists, laying the groundwork for the next transformation of nursing at Hoag.»

ABOUT HOAG HOSPITAL FOUNDATION
Thanks in large part to philanthropy, Hoag has become one of the nation’s finest health care systems, serving a diverse and growing population. Hoag Hospital Foundation, the philanthropic arm of Hoag, is an integral partner in Hoag’s vision to become a trusted and nationally recognized health care leader. In 2015, the Foundation launched Hoag Promise, Our Campaign to Lead, Innovate & Transform. Through the generosity of a dedicated community of supporters, the Foundation has already surpassed its goal of $627 million, driving Hoag’s continued clinical leadership, innovative spirit and transformative potential. For more information about opportunities to support Hoag, please visit hoaghospitalfoundation.org.

ABOUT HOAG
Hoag is a nonprofit, regional health care delivery network in Orange County, California, that treats more than 30,000 inpatients and 480,000 outpatients annually. Hoag consists of two acute-care hospitals – Hoag Hospital Newport Beach, which opened in 1952, and Hoag Hospital Irvine, which opened in 2010 – in addition to nine health centers and 13 urgent care centers. Hoag has invested $261 million in programs and services to support the underserved community within the past five years, including areas like mental health, homelessness, transportation for seniors, education, and support for single mothers. Hoag is a designated Magnet® hospital by the American Nurses Credentialing Center (ANCC). Hoag offers a comprehensive blend of health care services that includes five institutes providing specialized services in the following areas: cancer, heart and vascular, neurosciences, women’s health, and orthopedics through Hoag’s affiliate, Hoag Orthopedic Institute, which consists of an orthopedic hospital and two ambulatory surgical centers. In the 2020 – 2021 U.S. News & World Report Best Hospitals Rankings, Hoag is the highest ranked hospital in Orange County and the only OC hospital ranked in the Top 10 in California. For an unprecedented 23 years, residents of Orange County have chosen Hoag as one of the county’s best hospitals in a local newspaper survey. Visit www.hoag.org for more information.

Speech from the Governor General and Commander-in-Chief of Canada