DUBAI, UAE, Nov. 11, 2021 /PRNewswire/ — Two Division Boxing World Champion and Global Philanthropist Badou Jack will be back in action on November 26th in Dubai in a co-promotion between his Badou Jack Promotions and the newly launched promotion, Probellum. 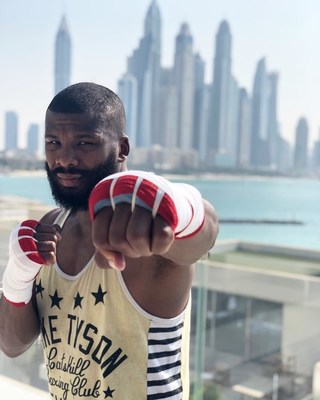 Jack’s bout will be his first in the Middle East featured on D4G’s event as the Co-Main event in his 2nd fight at Cruiserweight.  This will be the 3rd division in which Jack aims to capture a title in.  In first fight at Cruiserweight, a catch weight bout as the co-main event of the Mike Tyson vs Roy Jones card featured on Triller, Jack cruised to a one sided decision against then unbeaten Blake McKernan.

«It feels great to finally be able to fight in Dubai in front of all my fans here and I’m excited to have Badou Jack Promotions launch another event in the UAE» Jack stated.  «We are planning for this to be the first of many more in the region.»

Jack has relocated his team to Dubai after receiving an honorary 10 year «Golden Visa» and has held the entire training camp there since early October.  «One of the many benefits of fighting under your own banner is having a cushioned budget for training camp. Badou has positioned himself strategically for a camp fee, fight fee and a promotional fee» Badou Jack Promotions CEO Amer Abdallah added.  «Special thanks to all of our partners here including Five Palm Jumeirah Hotel, NAS Sports Complex, ITP Media & the Kamani Club who rolled out the red carpet for the champ.»