MIAMI, Sept. 2, 2020 /PRNewswire/ — Atalanta Media, a women’s football company with a mission to elevate the game globally through a fundamental shift in media rights distribution and a consumer platform that connects content, players and fans, launched today with history-making partnerships with the FA Women’s Super League (FA WSL) and NBC Sports. The company’s launch represents a watershed moment for women’s football, led by the U.S. television debut of the FA WSL on NBC Sports Network this Sunday, September 6. 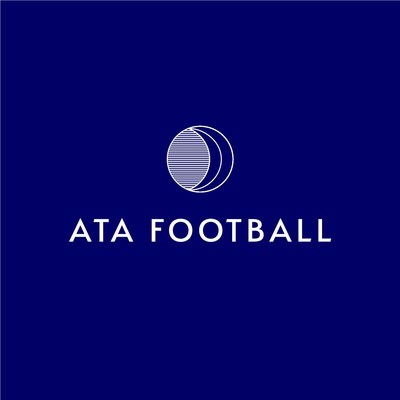 Atalanta Media was founded by former professional player, collegiate coach and sports marketer, Esmeralda Negron, and ex-Sky media rights executive Hannah Brown, to accelerate access to the very best women’s football for fans, broadcasters, sponsors and publishers. «The quality of play and opportunity for women’s football globally has never been greater, but broad distribution and coverage lags outside worldwide events,» remarked Negron. «Atalanta Media is here to provide the year-round exposure and commercialization necessary for women’s football to fulfill its potential.»

«We’re excited to partner with Atalanta Media to present the first U.S. telecast of the FA WSL,» said Jon Miller, President of Programming at NBC Sports. «Our opening weekend features the game’s biggest international women’s stars, and the visibility we’ll provide over the course of the season will help advance the game.»

The start of the FA WSL season will also be streamed on global sport streaming service, DAZN, in Germany and Italy. DAZN will stream 44 FA WSL fixtures, live and on-demand throughout the season. Atalanta Media will bring content from its distribution partners, as well as players and influencers, to life via the Ata Football brand. AtaFootball.com will provide young girls and fans a digital platform and destination to view matches, discover highlights, and engage in unique opportunities associated with the game.

Firm Principal Juan Arciniegas expressed 777 Partners’ enthusiasm about the Atalanta brand and its broader goals. «We are energized to team with two amazing female founders and further their mission to propel women’s football to new heights. By connecting them with complementary partners in our portfolio who are deeply embedded in the game, we can help accelerate their vision to reality.»

Atalanta Media facilitates access to the very best women’s football for fans, broadcasters, sponsors and publishers. Our broad partnerships with premium distributors, combined with unparalleled grassroots and elite player engagement, accelerate growth and drive value for everyone connected with the game. Everything we do helps to create a virtuous cycle of investment and improvement that enables women’s football to shine its brightest – now and for generations of young female footballers to come. For more information, visit www.atafootball.com.

DAZN Group is one of the fastest growing sports media companies in the world. Headquartered in the UK and with 2,800 employees in over 25 countries, our businesses touch every aspect of the way fans engage with sports; from production, through to content distribution and commercialization. DAZN Group is home to DAZN, the leading global sport streaming service. DAZN is leading the charge to give sports fans around the world access to sport anytime, anywhere. DAZN provides affordable access on connected devices including smart TVs, set-top boxes, streaming sticks, smartphones, tablets, PCs and game consoles. DAZN is live in Austria, Brazil, Canada, Germany, Italy, Japan, Spain, Switzerland and the U.S. Visit https://media.dazn.com.